DoDublin is the No.1 rated Dublin Bus Tour on TripAdvisor

Hop on Hop off Tour & Night-time tour of Dublin

There's plenty to do in Dublin and a lot of fantastic places to visit and there's no better way to get around than on an open top double decker bus from DoDublin. You’ll see Dublin's biggest attraction the Guinness Storehouse, home of the "Black Stuff" but we'll also bring you to other must-see locations like EPIC the Irish Emigration Museum, Christ Church Cathedral, The National Museum, Jameson Whiskey Distillery and many more.

Dublin was founded as a Viking settlement as far back as 988 AD, but it was not until the 1700's that Dublin really began to expand to create the city we know today. During the 18th and 19th centuries Dublin became extremely prosperous eventually becoming the 2nd city of the British Empire. Modern Dublin is built around the Georgian and Victorian architecture and street layouts of this era, and it is a wonderful legacy of which Dubliners are very proud.

The DoDublin tour guides are trained by the Tourism Board of Ireland (Fáilte Ireland), and provide the best tour of Dublin. They combine an impressive knowledge of the city’s history and culture with Irish jokes and songs as well as their own personality and charm to offer you something you won't find in any other city. So Book your tour today, and Hop on board to experience it for yourself. 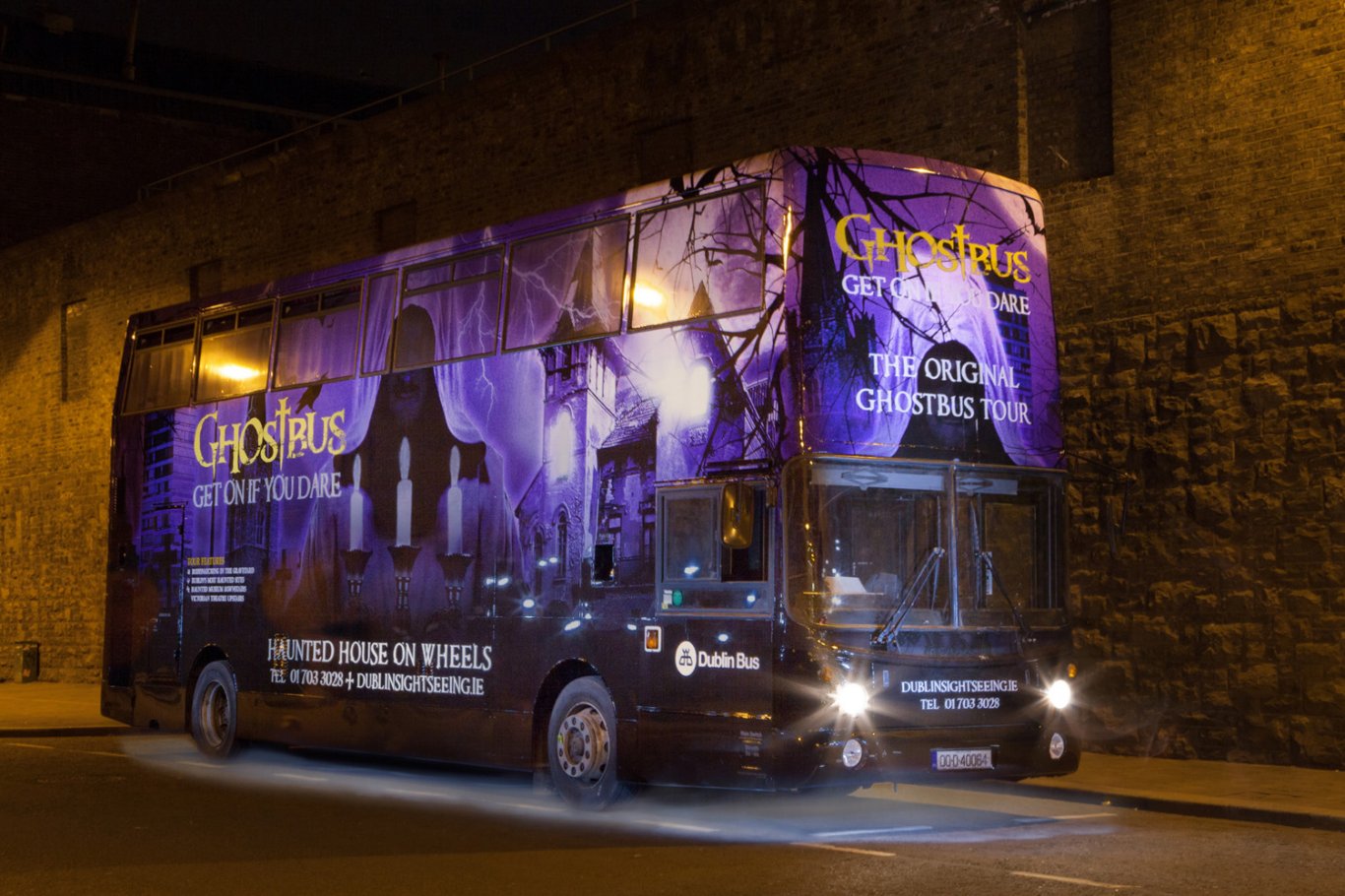 Visit Dublin by night on the Ghostbus Tour

The Ghostbus tour of Dublin is one of the most famous bus tours in the city. It was the first of its kind in the world and is still the original experience of the dark side of Dublin. If you want to see a different side to Dublin, then you need to experience this tour! You'll learn about the hidden, dark history of Dublin city, the fiends who carried out the most despicable acts and the events which left a dark stain in the city's memory. From sinister surgeons and body snatchers to ghosts and ghouls, there is no better night out in Dublin. Visit the medieval vault in Dublin Castle, the eerie urban graveyard, and discover Dracula's Dublin origins while enjoying a spine-tingling live performance on the world's first ghostbus. Book your tour today and discover the dark truth about Dublin!

Hop on Hop off Tour

Monday to Sunday, first bus 9am.

Buy Hop on Hop off

Dublin's No.1 Night Out

Vouchers may be presented on your phone or printed